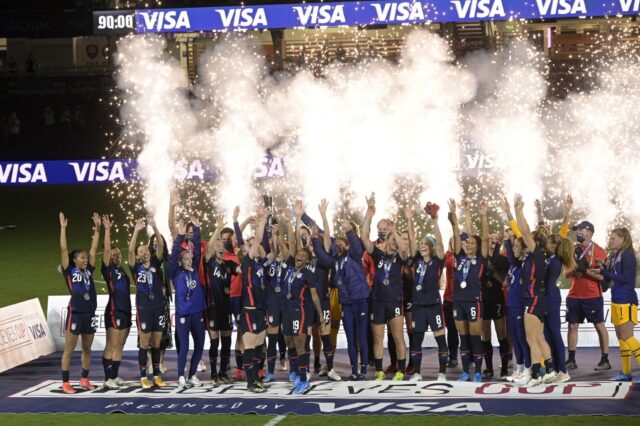 Orlando, FL—The SheBelieves Cup is an invitational tournament that was founded in 2016 and is hosted by the United States every year.

The Cup takes on a round-robin format, with each team playing each other once over the course of the first FIFA international window of the year. The winner of the tournament is the team that tops the standings at the end of the six matches.

The U.S. Women’s National Team took the championship of the 2021 SheBelieves Cup, presented by Visa, in a grandiose fashion with a 6-0 victory against Argentina. Boosted by a brace from With first-half goals by Carli Lloyd and Kristie Mewis, plus two late scores from Alex Morgan and Christen Press, the USA clinched its fourth SheBelieves Cup title, becoming the first back-to-back champion in the tournament’s six-year history and the first team to not allow a single goal at the Cup.

After two rough victories against Canada and Brazil to open the tournament, an offensive onslaught powered the USWNT to a dominant showing vs. La Albiceleste. USA piled up a 27-1 margin in shots and kept the ball in Argentina’s defensive half for most of the contest.

USWNT got on the board in the 16th minute as Rose Lavelle chipped a ball over the Argentina defense to set up Megan Rapinoe for the game’s first goal. Carly Lloyd would set up Rapinoe’s second goal just 10 minutes later. It was Rapinoe’s her third score of the 2021 tournament and seventh all-time at the SheBelieves Cup, the most in the Cup’s history. Rapinoe’s brace also marked her 56th and 57th international goals, moving her to the top 10 in scoring all-time for the USWNT, passing Carin Gabarra.

Lloyd, competing in her 299th match for the USWNT, scored a goal in the 35th minute off an assist from Mewis.

Rose Lavelle was voted the tournament MVP, and while her goal in the 1-0 win over Canada was critical to the U.S. winning the title in the opener. Lavelle received 31.7% of the total vote, narrowly edging teammate Christen Press, who received 30.9% of the vote. Brazil’s Debinha (21.7%) and Adriana (15.7%) were the other finalists. 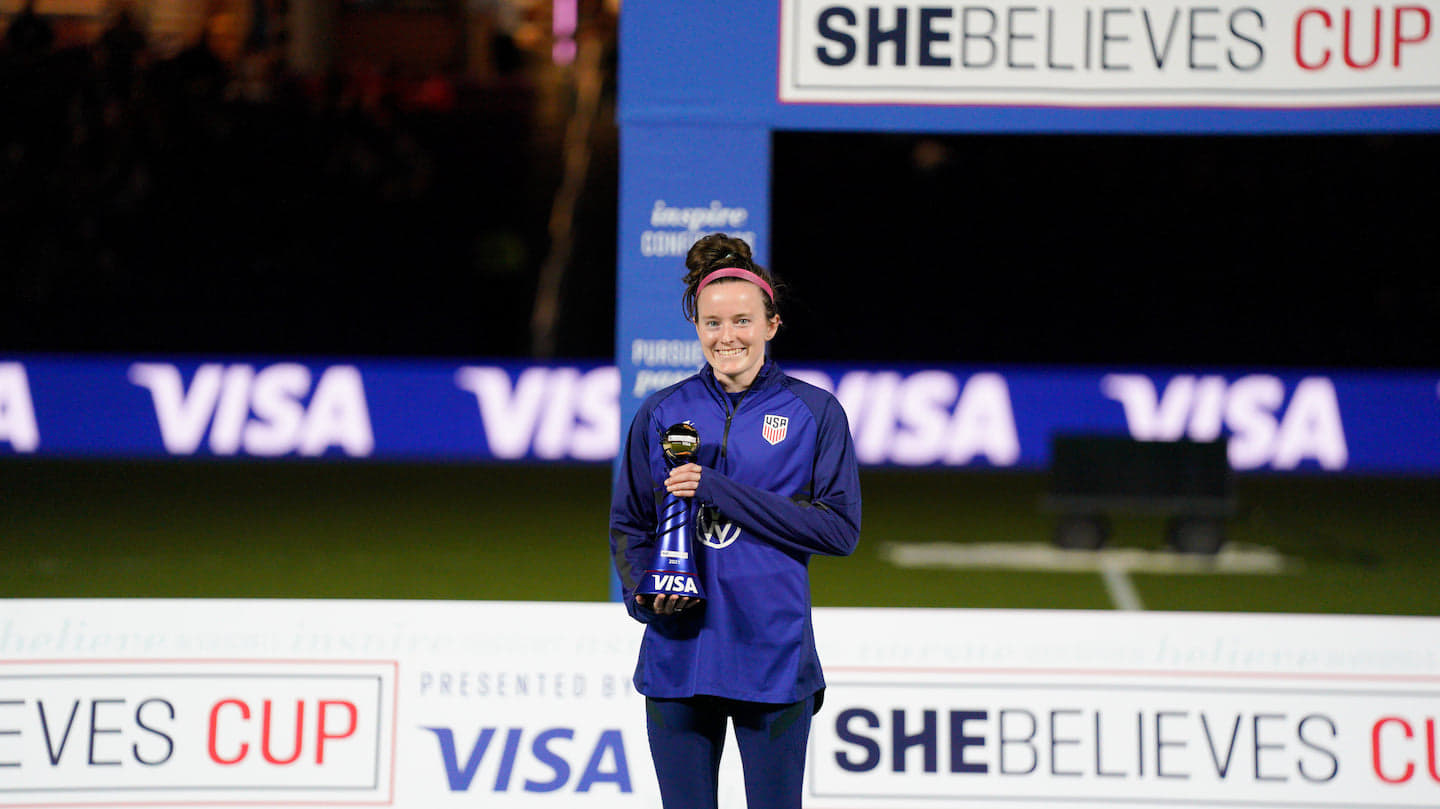 Following some nice combination play with Casey Krueger, Mewis also got on the scoresheet in the waning minutes of the first half as she made her first start for the USWNT since March 2014.

Morgan and Press scored goals in the 84th and 88th minutes, respectively. Forward Sophia Smith recorded her first assist as she set up Morgan’s first goal and her 108th for the USWNT, moving her past Michelle Akers and into sole possession of fifth place on the USA’s all-time goal scoring list. Press finished off the night by threatening the Argentina defense with a goal off a corner via an assist from Lindsey Horan. Both have been incredibly productive for the USA of late — Press’ goal marked her 11th in her last 13 games while Horan has had a hand in nine of the USWNT’s 19 goals in 2021.

Argentina played in a tight defensive block the entire game, often with all 11 players inside the final 45 yards to goal, and it took the USA team time to break through. WNT threatened and scored in a variety of ways working the ball around the Argentinian box.

WNT goalkeeper Jane Campbell had a easy day at the office, she recorded her second career shutout in her third career start for the USWNT. After entering the 2021 SheBelieves Cup without allowing a shot on goal in its last 302 minutes of play.