New York– While everybody is inside being self-quarantine, NFL teams are trying to shore up their rosters heading into the draft.

Veteran running back Dion Lewis will be heading back to the eastern conference. Lewis released by the Titans early in the week will sign with the NY Giants, according to Josina Anderson of ESPN.com. Both parties agreed to a one-year deal.

Lewis was a fifth-round pick of the Philadelphia Eagles in the 2011 Draft, he also had spent time with the Cleveland Brown, Indianapolis Colts and the New England Patriots before joining the Titans in 2018, where he’s remained the last season.

The shifty back will turn 30 in September had only 710 touches in since coming into the league in 2011.

Tennessee used Lewis primarily as a third-down specialist in a receiving role out of the backfield. According to ESPN Stats & Info, Lewis played 150 snaps (80%) on third downs last season while starter Derrick Henry played on only 24 (13%) of the third downs.

While playing for the Philadelphia Eagles and the New England Patriots he has amassed 3,591 yards from scrimmage and 18 total touchdowns in seven NFL seasons.

The Titans signed the diminutive back to a four-year, $20MM deal. Lewis’ market did not hit the level it did two years ago, but he will have a chance to work as the top complementary option to Saquon Barkley.

He becomes the latest Patriot to join the Giants’ team, following tackle Cameron Fleming and special-teamer  Nate Ebner. Lewis spent three seasons with the Patriots, coming back from injuries in both 2015 and ’16 to revitalizing the ’17 Pats’ ground attack. Lewis scored nine of his 18 career touchdowns during that 2017 slate. Lewis lost his spot to rushing champion Derrick Henry last year, in two seasons with the Titans, Lewis had 209 carries for 726 yards and a touchdown. Lewis also posted 84 receptions for 564 yards and two touchdowns.

NY has struggled to fill their No. 2 running back spot. Wayne Gallman remains under contract, but he was drafted a few coaching staffs ago and saw just 29 carries last season. 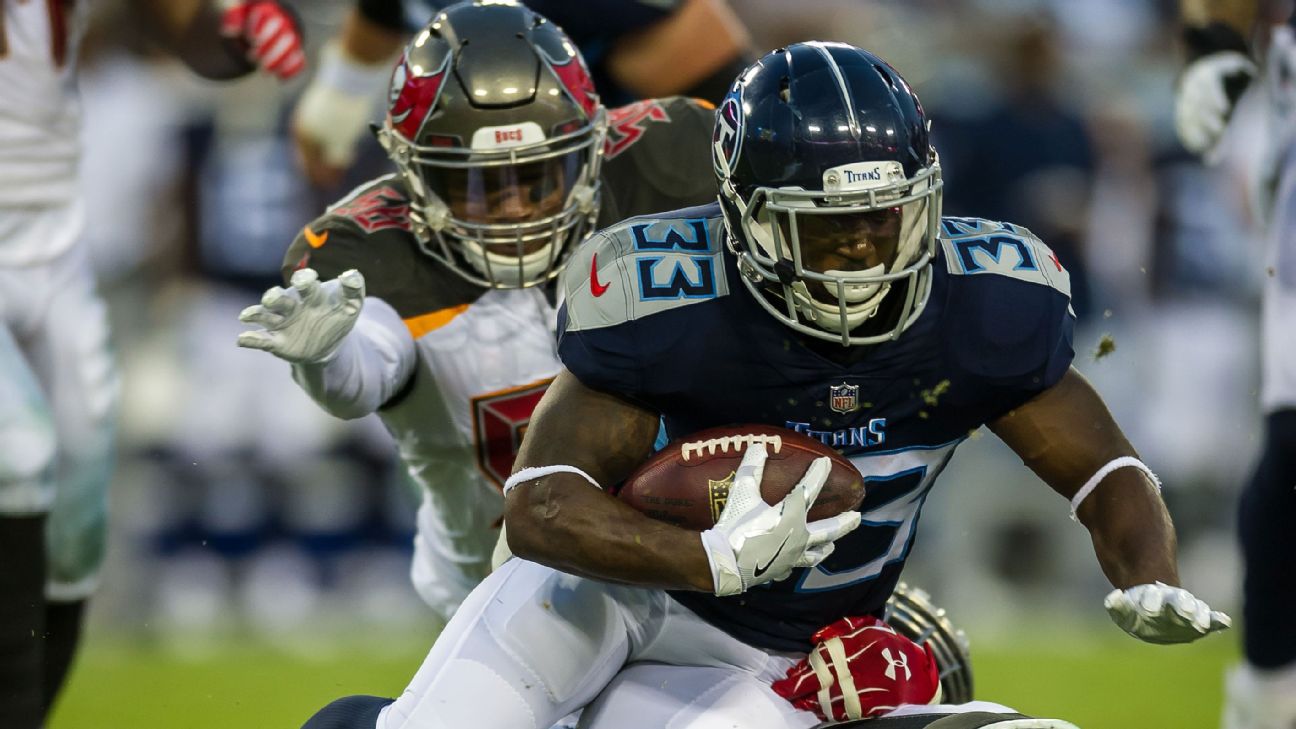 The Titans signed the diminutive back to a four-year, $20MM deal. Lewis’ market did not hit the level it did two years ago, but he will have a chance to work as the top complementary option to Saquon Barkley.