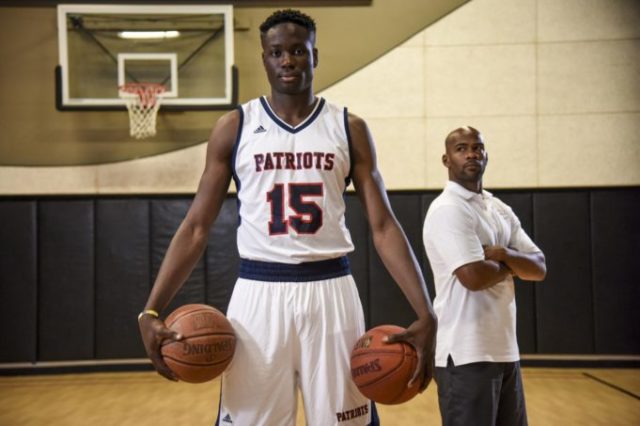 After boarding an airplane for the first time in his life and flying halfway around the world, the Nigerian student walked through customs at Dulles International Airport wearing a vest far too short for his skinny 6-foot-7 frame. Antwaan Randle El didn’t know what to say.

The former Redskins wide receiver had hitched the reputation of a tiny Christian school in Ashburn called Virginia Academy to an African basketball player he had never met. During his nine-year NFL career, Randle El had started a foundation to benefit underserved children, and as the program’s first international student peered down at him at Dulles, Randle El realized his post-football life had begun.

“What do we call you?” Randle El, the school’s athletic director, asked Ejike Obinna then, and he laughs now at how odd that must have sounded.

Obinna, 16, began his senior year of high school last week as the most prominent member of Virginia Academy’s first full graduating class. He is a coveted and chiseled 6-foot-9 college basketball prospect who went from adverse conditions in his native Enugu, Nigeria, to one of relative comfort in Loudoun County in a remarkably short period of time.

The decision has put Virginia Academy on the high school basketball map.

“I trusted the process. I trusted that the people, the strangers, were good people,” Obinna said. “I believed it’s all going to end up good.”

A chance for a better future

For Randle El, taking this leap made sense. He had agreed to start the high school athletic department at Virginia Academy, where his kids attend, and needed basketball players ahead of the 2013-14 school year.

“The plan was just to get us going,” Randle El said. “I didn’t have a vision.”

That’s why he eventually connected with Greg Hendricks. The former Morehead State guard had spent several years working for the Ejike Ugboaja Foundation after his professional career overseas ended, spreading the Gospel through basketball and identifying prospects for a series of national exposure events.

Henrdricks mostly remembers the earnestness and punctuality of the last teenage boy he shepherded from Nigeria to the United States, and how refreshing it was in a culture he described as “all talk and no follow-through.”

Obinna picked up a basketball for the first time in January 2013. A growth spurt dictated he at least try out the sport after years spent playing soccer. His father died in a car accident when he was 10, and these were dire times with the family’s financial standing deteriorating.He was the youngest prospective player Hendricks had laid eyes on, and the most upfront.

“He just wanted to better his family situation by getting to America,” said Hendricks, who is currently a pastor in San Diego. “That was his only real agenda, and he told me that.”

Though Obinna’s shot looked uncoordinated and he hardly knew the rules of the game, he showed enough promise and athleticism to attract Hendricks’s attention. It all happened quickly after that.

Hendricks got in touch with a similarly devout former Super Bowl champion looking for a boost in his new job, and Obinna said goodbye to his family. He suddenly had a new life waiting an ocean away, and didn’t know whether he would ever return to the old one.

“I had to take it. It was a chance for a better future,” Obinna said. “We had to make a lot of decisions that were not good for us but good for the situation. We needed to help my mom.”

But the world he was entering can be murky, with families desperate to lift themselves from poverty that make promises they can’t keep.

“People just call you out the blue, or hit you up on Facebook or Instagram saying they got some 6-10 African kid, and that’s when it gets risky right there,” Brown said. “A lot of people will jump on it because 6-10 is not just walking around your city.” 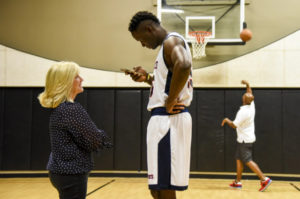 Teresa Matthews, who has hosted Obinna since his arrival in the U.S., talks with her ‘fifth son’ in Virginia Academy’s gym earlier this summer. (Jahi Chikwendiu/The Washington Post)
The support system

By the time Obinna arrived in Ashburn in October 2013, Ray and Teresa Matthews had already agreed to serve as his host family. They were blissfully unaware of all the practices, private workouts and national tournaments that the pursuit of a college scholarship entails. But they provided Obinna with precisely what he needed.

Teresa Matthews wrapped Obinna in a hug while he received immunization shots at a Northern Virginia hospital, and he would reveal to her years later, “it made me feel welcome.”

The Matthews often learn of the home he left behind like this: in bits and pieces during car rides and meals, at home or in basketball stands, doled out with anecdotes that emerge unpredictably. His first hot shower, for instance, prompted a reflection on living with five siblings in a three-bedroom apartment with no running water.

He was the youngest male in his family, and also its greatest hope. He was just as likely to be watching cartoons with Zachary Matthews, almost four years his junior, as he was CNN or BBC because he loves the news.

The Matthews grew enamored with his bright demeanor and quiet confidence within the first week. And so what started as a one-year favor to the Community Church at which the Matthews served as deacons almost immediately became an investment in a boy’s future.

“He doesn’t let on what’s going on in his mind. It’s like nothing fazes him,” said Ray Matthews, a program management consultant and retired Army helicopter pilot. “As a 13-year-old, he was already a man in control of his own destiny. It was probably more of an adjustment to be under the parental authority we presented.”

As Obinna’s recruiting profile increased, so did the Matthews’ involvement. While donations to The EL Foundation cover the more than $10,000 in tuition and fees at Virginia Academy, as well as Obinna’s medical and dental costs, he still must lean on a surrogate family.

They travel with him around the country, shouldering the financial and emotional support he needs while simultaneously developing on the basketball court and assimilating to a new country. When Obinna meets with head coaches from Florida, Clemson, Oklahoma, Virginia Tech and Vanderbilt later this month on official home visits, Ray and Teresa will be in the room as trusted advisers.

“To us, he’s our fifth son,” Teresa Matthews said last month. “I very much feel like his American mom. I just asked him to cut the grass today.”

Obinna leaned back in the passenger seat of a white Lincoln Navigator with bleary eyes in the blazing Ashburn heat last month. He had just returned from his last basketball tournament of the summer in Las Vegas and had been up until the wee hours of the morning.

He had called his mother in a panic after learning her visa interview went poorly. The Matthews want Obinna’s mother to visit her son in the United States for the first time, but the U.S. State Department is concerned she won’t return to Nigeria.

Despite Obinna’s high-major college options, it’s easy to forget how far he came so fast. Randle El marvels at the rapid transformation, from a gawky freshman who shot the ball funky to an imposing interior threat with 30 Division I scholarship offers. He is a defensive menace with a work ethic that matches his natural gifts.

In many ways, Obinna was growing faster than the nascent enterprise backing him.

The Virginia Academy boys’ basketball team played its first season in the Capital Beltway League and won the Virginia Independent State Athletic Association Division 3 championship last year with just seven players. Every home game was played off-campus because the gym is a makeshift tarped building that resembles a tennis bubble and features a court smaller than regulation size. There was a football team initially, but it was canceled because of a lack of resources and participation.

Randle El nonetheless forged ahead, even after another potential exchange student who arrived with Obinna had to be sent home for being older than his documents indicated, according to Ray Matthews. The high school had its first two graduates in 2016 and grew to more than 100 students this fall.

But Obinna will be Virginia Academy’s first college athlete, and the designation holds meaning for an entire school community. 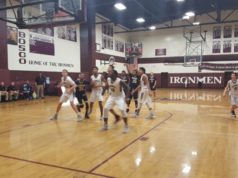 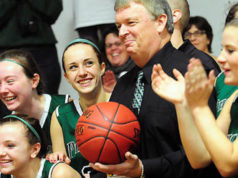