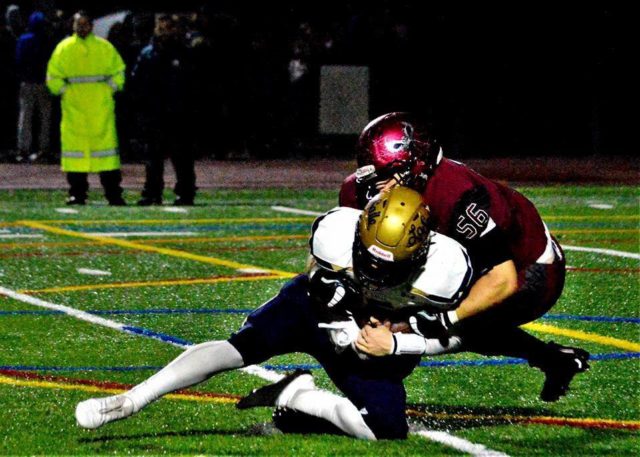 In my mind, Andrew Bailey has to be the most versatile defensive lineman in the Philadelphia area. On film and in person, Bailey already looks like he is ready to compete on the next level. In person, he does not only look like a big-time defensive standout but his hard work, agility and his ability to make plays in the backfield keeps his name in a lot of recruiters’ mouths.

Bailey is garnishing attention from recruiters and plays for the 2018 state champions St. Joseph Prep in Philadelphia. Andrew is a very physical defensive lineman that is making his presence be known all over the country. Bailey stands 5’11 225 pounds from Gulph Mills, Philadelphia plays the game with technique and leverage.

Last year for the Prep, Bailey on defense tallied 32 tackles, 3.5 sacks, 3 tfls, 10 hurries, 15 QB pressures, and a fumble recovery. I was most impressed with his agility and his natural knee bend you rarely see with someone that length. Andrew started 14 games and his versatility allowed him to line up at all of the DL positions. Prep 6A State Champions. Voted one of PA top 175 college football prospects in the Class of 2020. Received recognition recently from PrepStar Magazine has indentified Andrew as a top college prospect.

4.0 Media caught up with CEO of IV Star Showcase Marvin Chambers to speak on Bailey: “I have known Andrew since 2013 I never seen a kid that work so hard in and out of the classroom. His length and speed is his greatest asset and he uses them very well. It is very difficult to get your hands on him or chip him because of his quickness. He is a college recruiter dream because he can play the 1 tech, 3 tech, and as wide as the 9 tech. He just a solid kid that comes to work every day and gets the job done.”

At the Prep Andrew has a 2.65 GPA and it is climbing. One thing that is evident about Andrew Bailey when he gets on the field it is all about business, so you better be ready for number 56 all game long. 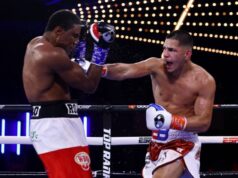 Berlanga vs. Angulo-A Great Win For His Prideful Heritage 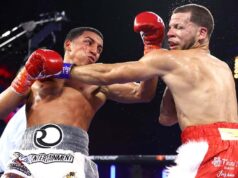 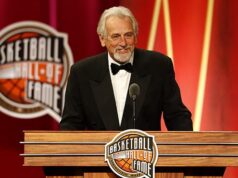