The skyrocketing cost of youth sports — which is now a $15 billion market, according to the research firm Winter Green Research — has left many parents dishing out thousands of dollars to support child athletes that are beginning to specialize in sports from increasingly young ages.

“If it weren’t for baseball, I don’t know what I’d be doing,” Ryan added, saying that he has been playing the sport since he was 4 years old.

Brown said that the cost of his son’s youth baseball career can come out to “over $10,000 a year,” adding that the total accumulates from tournament fees, uniforms and more. “Everywhere you turn, it’s more money,” Brown added.

The financial commitment that parents make for young elite athletes is not uncommon. Some parents have even turned to crowdfunding, using sites like GoFundMe, to support the sports-related costs incurred by their children.

Janine Brown, Ryan’s mother, told ABC News that “it would be really nice if he would get a college scholarship to play baseball.”

Only approximately 2 percent of high school athletes are awarded some form of athletic scholarships in college, however, according to 2016 data from the National Collegiate Athletic Association (NCAA).

Some experts also warn parents that there could be potential dangers to having children specialize in one sport year-round at a young age because of the physical toll it can take on a young athlete’s body before he or she has matured. In baseball, the repetitive motions of pitching can led to chronic fatigue, which is highly correlated to increase in injury in kids, Dr. Neal ElAttrache, an orthopedic surgeon at Kerlan-Jobe Orthopaedic Clinic in Los Angeles, told ABC News.

“Early specialization into one sport, and year round participation … The chances of overuse injuries and sometimes worse types of injuries are higher,” ElAttrache explained.

This summer, Ryan sustained an elbow injury that hindered his ability to throw the ball, although he can still participate in hitting.

“He’s torn the major stabilizing ligament in the elbow,” ElAttrache, who is also a team physician for the Los Angeles Dodgers, said of Ryan’s injury.

The doctor also called for a change in the culture surrounding youth sports.

“The culture is — you’re tough enough — and no pain, no gain. And you play with pain and it is part of the sport,” ElAttrache said, which can often lead to a “much more unfortunate situation [resulting in] further damage to [a] particular ligament, whether … one more pitch or 10 more games.”

Some experts also spoke out in an interview with ABC News earlier this year, warning parents about a recent uptick in baseball-related injuries that have been appearing in younger and younger athletes.

For Ryan, however, he says he is undeterred by his injury and remains passionate about playing baseball.

“I love baseball so much,” the young athlete said. “I wouldn’t trade it for anything in the world.” 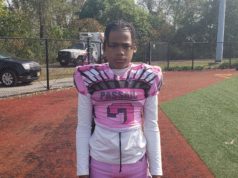 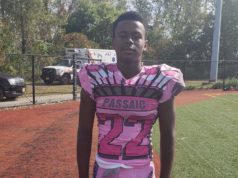 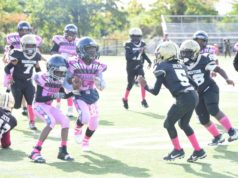