Flushing Meadows, NY—Victoria Azarenka clinched a spot in the US Open final with a 1-6 6-3 6-3 victory over Serena Williams, who suffered ankle injury on Arthur Ashe Stadium.

Williams was also seeking an Open era-best seventh title at Flushing Meadows, which would have snapped a tie with Chris Evert.

Azarenka will play No. 4 seed Naomi Osaka in the title match on Saturday in Arthur Ashe Stadium.

Azarenka, who came up short against Williams in both the 2012 and 2013 US Open finals. In 10 previous encounters, she had never beaten Williams at a major.

“I’m so grateful to be able to play such a champion in the semifinals,” said the two-time Grand Slam titlist, who’s into a major final for the first time in seven years. “On the road to the final, you have to beat the best players, and definitely today was that day.”

“I dug myself in a big hole—she dug me in a big hole in the first set,” Azarenka added. “I had to climb my way out of there, one by one. I’m very happy that I was able to turn it around.”

Unseeded at the Open, Azarenka took full advantage with the match in striking distance when Williams suffered ankle injury in the early stages of the deciding set and showed all her grit and composure in closing out a stunning win.

Azarenka, who trailed the Williams 3-0 in their head-to-head at Grand Slams prior to the match, had gather herself and came back in the second set after getting outplayed in the opener and having won only a single game.

While the 38-year-old Williams will be left to rue the ankle injury she sustained at a critical point in the final set, Azarenka thoroughly deserved her victory in a typically battling and gutsy display and has now won 11 matches on the bounce.

Azarenka’s had problems with her serve early in the opening set of their much-anticipated matchup, Williams plowed ahead with a pair of breaks for 4-0. She would add another to close out the set in a quick 34 minutes. Azarenka landed just 15 of 29 first serves in the frame, to go along with four double faults. She had dropped just one set en route to semifinal.

With Williams serving at 2-all, 15-40 in the second set, a re-vitalized Azarenka smoked a crosscourt backhand winner to grab her first break of the match. Another service break in the ninth game would send the contest to a decisive third set.

Azarenka compiled 12 winners and one unforced error in the second set, then continued her baseline dominance in the third, especially with her backhand.

The loss left Williams just short of No. 24 yet again. She was beaten in the finals of four of the preceding seven Slams, including at Flushing Meadows in 2018 and 2019.

“Maybe I took a little too much off the gas pedal at some point,” Williams said.

The former world number one will now take on Naomi Osaka in the women’s showpiece match on Saturday.

“Obviously, disappointed, but at the same time, I did what I could today,” Williams said. “Other times, I’ve been close and I could have done better. Today, I gave a lot.”

Williams said the leg issue wasn’t why she lost. 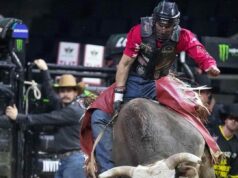 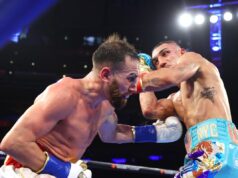 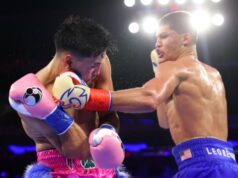