Flushing Meadows, NY—Naomi Osaka has been making headlines ever since she stepped on the court with her various masks she wears through the corridors of Arthur Ashe Stadium.

From the first round, Osaka said she had seven masks in all, and wanted to keep advancing so she could let the world see every last one. In the quarters she honored the memory of George Floyd. In the semis it was Philando Castle, a 32-year-old Black man who was shot to death after a traffic stop in Minnesota four years ago.

The world will now get to see Mask No. 7. After struggling with Brady, we will all get to see the final one in the finals.

Osaka and Azarenka were supposed to play in the final of the Western & Southern Open – a hard-court event moved from Ohio to New York this year as part of a two-tournament “controlled environment” with the U.S. Open – but Osaka withdrew from the event because of an injured hamstring.

“So excited to play against her, because we didn’t get to play last week, so it’s going to be super fun,” said Azarenka. “She plays incredible.”

In a battle of hard hit serves, fast-flying forehands and spectacular base line play, the No.4 seed Osaka played opening set that featured no breaks of serve. The 2018 US Open champion eventually came through a lopsided tiebreaker to take a one set to love lead.

Osaka served clocked at 120 mph; Brady at 117 mph. And they scorched the ball once it was in play, too, particularly off the forehand side.

“I just felt like I was sticking it out. It felt like we were trading serves,” Osaka said. “I tried to adjust a little bit on her serve in the third set so maybe that helped.”

Osaka maintained her composure and eased her away to secure a 7-6, 3-6, 6-3 triumph to claim a spot for her third Grand Slam final. Osaka, who has now won three three-setters at the 2020 US Open, earns a spot in the title match for the second time in three years at Arthur Ashe Stadium.

They combined for 70 winners – 35 apiece – to just 42 unforced errors, each as good as the other. But Osaka was controlling the tempo and the pace of the match.

At 2-1 in the third set, Osaka earned her first break point with a backhand that trickled over the net tape. She was able to use the full length of the court, when she hit a deep return of a 110 mph serve, and Brady’s backhand was called long – although a television replay showed it actually caught a piece of the back of the baseline.

Brady did not challenge the call.

Brady, seeded No. 28 and playing in her first Grand Slam semifinal, made Osaka work for everything that evening. She even had the only break opportunity of the opening set, at 3-3—but in a moment she’ll probably regret, the 25-year-old failed to put her return of an Osaka second serve into play.

In the second set, Brady’s hard work paid off with Osaka serving at 3-4, 30-40, as she won a thrilling rally to break for 5-3. In the next game, Brady quickly went up 40-0 and converted her second set point as an Osaka forehand went well wide.

It just came down to a decider between two players who had just concluded two of the most hotly contested sets of the tournament. It would be Osaka who rose to the occasion down the stretch as she took advantage of the tiniest mistakes by Brady to break for 3-1. Osaka never wavered during a final set that saw her win 14 of 17 first-serve points and never face a break point.

“Honestly I don’t know, I just felt like I was sticking it out, it felt like we were trading serves,” Osaka said of the tense finish. 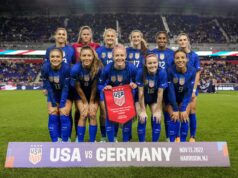 USWNT Takes Down Germany At The Red Bull Arena 2-1 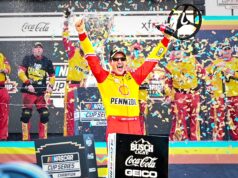 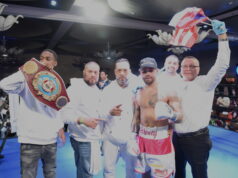 Perez VS Rodriguez-A True Battle Royale To The Finish