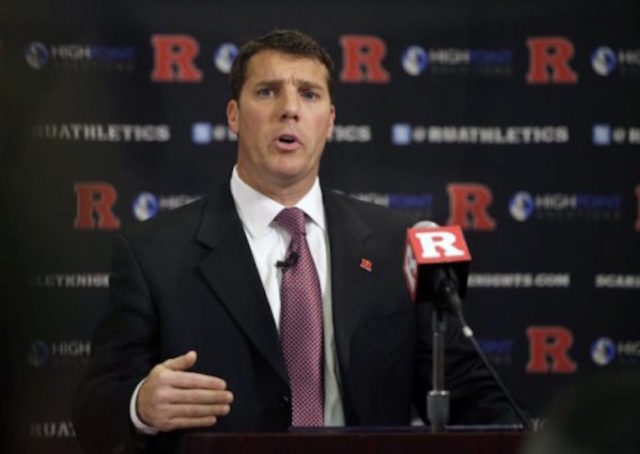 Chris Ash did not shy away from teaming with a neighboring program during satellite camp season and he isn’t afraid to schedule regional rivals in the future.

Rutgers has not played Boston College, Syracuse or Pittsburgh since those schools left the old Big East for the ACC. The coming season marks the third time in the last four years that Rutgers has opened the season on the West Coast.

“Regional rivalries – if we can find one – would be great,” Ash told NJ Advance Media. “The travel out to Washington isn’t necessarily a preference because it’s a big trip, a hard trip.”

Rutgers has future non-conference series arranged with Temple and Virginia Tech, but former coach Kyle Flood balked behind the scenes at a possible series with Syracuse.

Regional matchups can carry extra stakes because of recruiting crossover.

“If we could find a non-conference Power Five rivalry game that we could play that would excite fans and players, that would be great,” Ash said. “Especially if it does not require long-distance travel like clear across the country does, I would be all for things like that.”

Here are Ash’s thoughts on some scheduling subtopics:

Does Ash support it?

“Absolutely, whether it’s Big Ten/SEC or Big Ten/ACC,” Ash said. “It gets both conferences opportunities to get a challenging non-conference game. It would be something that would probably excite fans. Conference teams end up cheering for each other.”

“Those are challenging games because they do an excellent job coaching their offense, which is typically way different than anything you are going to see,” Ash said.

“The preparation is hard. The injury list usually grows after those games because of the style of offense they play. Those are games, as a defensive coach, that you don’t want to play.”

Home-and-homes: Rutgers won’t soon be visiting any Power Five schools who are unwilling to make a return trip to Piscataway.

“It doesn’t benefit us to go play somewhere in a neutral site or in their home stadium and not get something in return right now with where we are at,” Ash said.

One increasingly popular schedule maneuver is to schedule games at NFL or international venues in Week One, like USC-Alabama in Arlington, Tex., LSU-Wisconsin in Green Bay, Wisc. or California-Hawaii in Australia.

“If we progress further along, maybe some of the opening neutral-site games that some teams do – that are exciting games – would be a good idea,” Ash said, “but right now there is too much we want to do in the community here that I would not necessarily want to forfeit getting some sort of a home game.”

Yankee Stadium game in 2017: Under a deal agreed to by former athletics director Julie Hermann, and much to the outrage of its fan base, Rutgers is giving up a home game to face Maryland at Yankee Stadium in 2017.

“I do think the Yankee Stadium deal with Maryland – when the plans are all laid out and finalized – can turn into a positive thing,” Ash said. “And it will be a good experience for Rutgers and the fans and the players and everybody will be happy with it.”