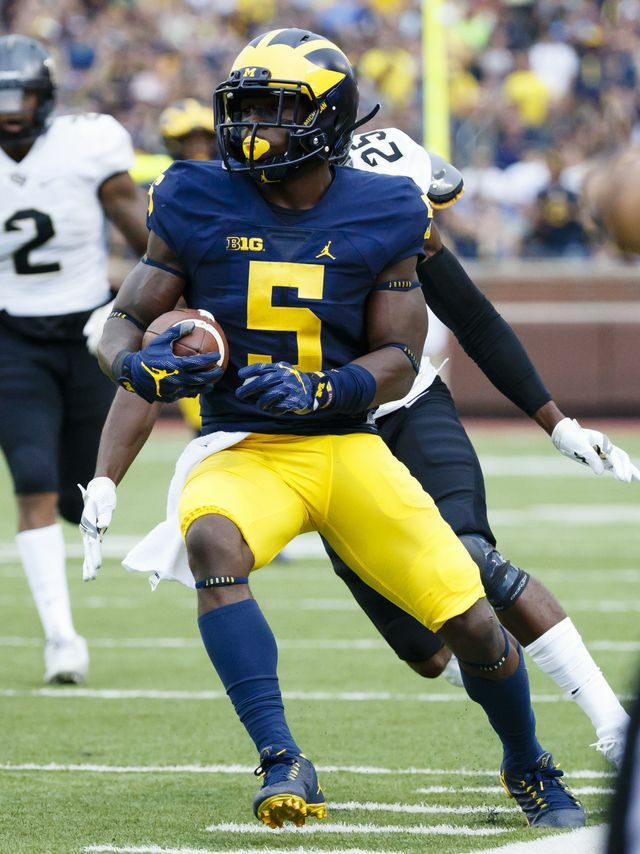 The Paramus Catholic High School product and Michigan star was the big winner Tuesday when the Big Ten announced half of its annual awards.

It was just a few days after he mixed it up with an Ohio State fan. Peppers was named the conference’s Defensive Player of the Year, Linebacker of the Year and Return Specialist of the Year.

Peppers ranks third in the Big Ten with 16 tackles for loss in all games and anchors a unit that ranks second in the nation in total defense (252.7 yards per game), scoring defense (12.5 points per game) and red-zone defense (.680 scoring percentage).

The Wolverines lead the nation in passing defense (135.9 yards per game) and third-down defense (.209).Peppers is the second player in Big Ten history to claim both Linebacker of the Year and Defensive Player of the Year honors in the same season, joining Chris Borland of Wisconsin in 2013.

Penn State’s James Franklin was voted the Big Ten Coach of the Year by the media, while Wisconsin’s Paul Chryst earned the same award from his peers.

Ohio State’s Tyquan Lewis kept the Defensive Lineman of the Year award in Columbus after former teammate Joey Bosa captured the honor in 2014 and 2015.

Michigan’s Jourdan Lewis earned the nod as Defensive Back of the Year, while Minnesota’s Emmit Carpenter took home Kicker of the Year recognition.

The All-Big Ten defensive teams were announced as well.Rutgers cornerback Blessuan Austin, who finished second in the Big Ten with 15 passes defensed, was an Honorable Mention selection by the media.

Defensive end and co-captain Julian Pinnix-Odrick was chose as Rutgers’ Sportsmanship Award honoree.The winning student-athletes are individuals who have distinguished themselves through sportsmanship and ethical behavior.

They must also be in good academic standing and have demonstrated good citizenship outside of the competition setting.

The All-Big Ten offensive teams and award-winners will be announced Wednesday.