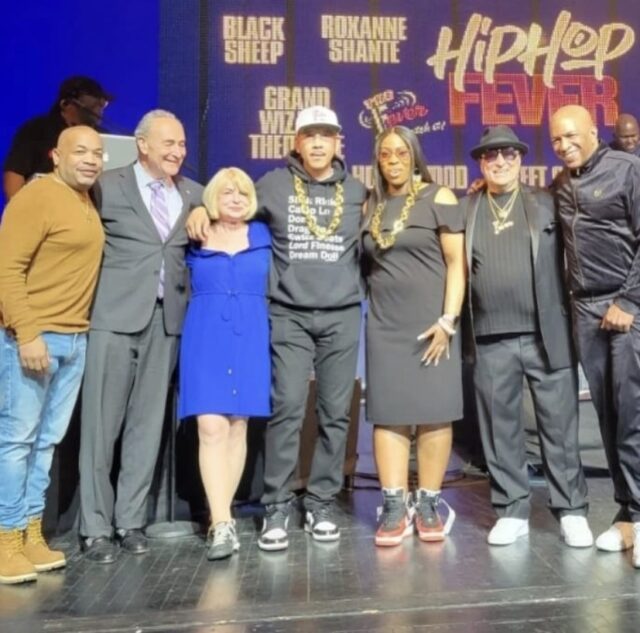 Bronx, NY-The illustrious Lehman Center for The Performing Arts is rapidly being identified as the “Lincoln Center” of the Bronx and judging by last night’s production it will undoubtingly be known as the venue of Hip-Hop’s most historical event of 2022, The Hip-Hop Fever showcase was an acclaimed success.

Presented by premier music executive of Fever Records, founder of Hip-Hop and Freestyle’s most prominent groundbreaking nightclubs The Playhouse, Disco Fever, The Devil’s Nest and launching careers of DJ Grand Master Flash, Luv-Bug Starski, DJ Hollywood, Sweet Gee, and The Fat Boys to name a few, pioneer Sal Abbatiello hosted this legendary event in honor of former Bronx Borough President Ruben Diaz Jr. for his tireless achievements to the “Boogie Down” with an All-star lineup of renowned performers from the old school era.

Kicking off the festivities were veteran mixologists DJ Hollywood and DJ Grand Wizzard Theodore spinning endless classics on the ones and twos warming up the highly elated sold out crowd of their beloved hometown followed by the innovator of the first TV video music show of Hip-Hop Video Music Box’s own VJ “Uncle” Ralph McDaniels taking to the stage sharing his love for the culture, before introducing the first rap artist of Fever Records performing the first #1 singing rap vintage track of all time, Sweet Gee’s “Games People Play” making the entire crowd stand to their dancing feet. 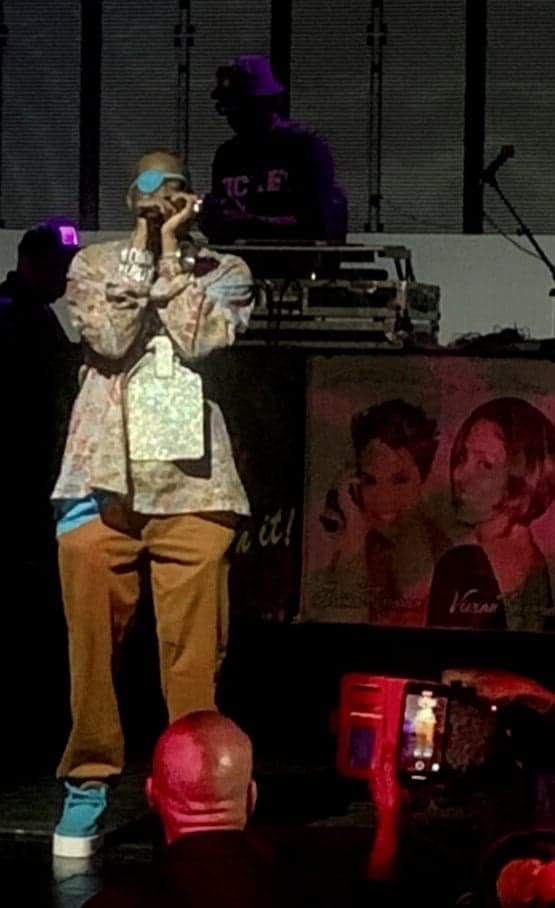 It was an all out old school Hip-Hop celebration from there on in with Queens/Brooklyn progressive rap trendsetters Black Sheep stepping to the mic with their smash classic “The Choice Is Yours”. Fellow Queensbridge first female rapper of the eminent group Juice Crew, Roxanne Shante was welcomed by applauding accolades of recognition before paying homage to the late Biz Markie with one of several fan favorites “Def Fresh Crew” while alternative conscious rap group Brand Nubian’s Grand Puba and Lord Jamar took center stage thereafter showing their swagger skills to classic jam “Slow Down” lacing that old school flavor.

The entertainment came to a brief halt to commemorate former Bronx Borough President Ruben Diaz Jr. for his longstanding achievements to his native borough by the Executive Director of Lehman Center Eva Bornstein, US Senator of New York Chuck Schumer, New York State Assembly Speaker Carl E. Heastie and his successor Bronx Borough President Vanessa L. Gibson handing him an award for his accomplishments in the now thriving district.

In true old school Bronx style, the honored recipient charmingly got on the mic paying it forward showcasing his rap skills to Rakim’s “Move The Crowd” with roaring ovation from the overjoyed audience as the party resumed with Hip-Hop pioneers Melle Mel and Scorpio on “The Message”, Sugar Hill Gang with fan favorite “Rapper’s Delight”, Nice and Smooth vibing on “Hip-Hop Junkies”, Rob Base rocking the stage with classic “It Takes Two” and closing with none other than “The Ruler” Slick Rick bringing down the house off timeless hits ” The Show” and “Children’s Story” taking the euphoric crowd back to the good ol’ days.

There is no question, this production was beyond outstanding and just one of several sensational performances coming to the Bronx’s own Lehman Center of The Performing Arts.