New York, NY— It is no secret African American journalists and photographers are poorly represented within the media industry most notably at major sporting and other entertainment events. Case in point, I covered the 2017 Women’s Final Four in Dallas TX, where there were only five African American reporters in the South Carolina Gamecocks locker room after winning the National Championship.

Has the media process reverted to the days of Wendell Smith?  For those of you who might not know who Wendell Smith is, he was an African American sportswriter that covered Jackie Robinson in the 1940s. Not only was he not allowed in the press box, but he was also relegated to the bench because of the color of his skin. Smith covered Negro League baseball teams The Pittsburgh Crawford’s and Homestead Gray’s for the Pittsburgh Courier. He attempted to join the Baseball Writers’ Association of America but was denied entry due to his affiliation with the Courier because it was not a mainstream newspaper outlet.

Media credentials are issued to publications that provide stadium access to accredited media personnel covering the teams within the venue. However, if you are following the rule book to the letter, credentials are not allowed to admit anyone under 18 years of age.

4.0 Sports & Entertainment has been an accredited media member for the past six years having covered events such as the Nascar Cup Series, NFL, MLB, NBA, NHL, MLS, The Heisman, The Maxwell’s, The Walter Camp Awards, WNBA Finals, The New York & Connecticut Opens, NFL Drafts, Entertainment events, and numerous national functions to name a few.

During our time in the industry, we’ve been taken aback at how event personnel and SIDs’ determine the media credentialing process. The following below are examples of reasons for denials 4.0 Sports has received:

1) Minimal spacing for the event, while other entities are allowed access thereafter. This also applies to entertainment events, concerts or shows. Each entertainment venue is supplied with an allotted number of tickets to dispense therefore, they tend to withhold and furnish upon their discretion. In addition, there are instances were credential requests never reach the artist’s PR team or submitted late.

2) No credentialing allowed for independent websites, but specific independent sites and college students are granted access.

3) Claims of universities having a vast media presence, yet permitting family members, friends, and ex-players to obtain media access.

4) Due to the number of requests, game day credentialing priority is granted to those outlets covering the school or team on an active and consistent basis throughout the year. This is the go to line when you meet the guidelines and they don’t want to grant you access.

4.0 Sports and Entertainment has been fortunate over the years to have built its network among colleagues who oppose these wrongdoings having exposed available spacing at various events that denied our platform, aiding as a voice on our behalf.

The problem is there’s no direct over sight managing the media credentials process and this misconduct happens on a continuous basis.

The reason why most entities follow these practices is very simple, they’re accustomed, they know there is no surveillance over the credentialing process and, there are no consequences for their actions. When the powers that be take a serious approach in resolving this injustice that plagues Black publications, then it will stop thus the importance of bringing forth its awareness.

If there were a committee in place that directly handles grievances on the collegiate and on the professional level it would definitely come to a cease because there would be consequences attached.

The questions that arise are “is it based on skin color, the body of work, or is it the good ol’ boys’ system who refuse to let one in the club?

The sad part to all of this is most media personnel will deny someone access just because they are not familiar with the publication one writes for not exercising their due diligence on researching the publication before rendering a response. The truth of the matter is universities and pro entities will let anyone who is deemed qualified permitted access, not just those who warrant credentials. Some will make up rules and regulations as they see fit. Regardless the size of the outlet, no publication should ever occupy more than three seats in a press box despite how large the circulation is. 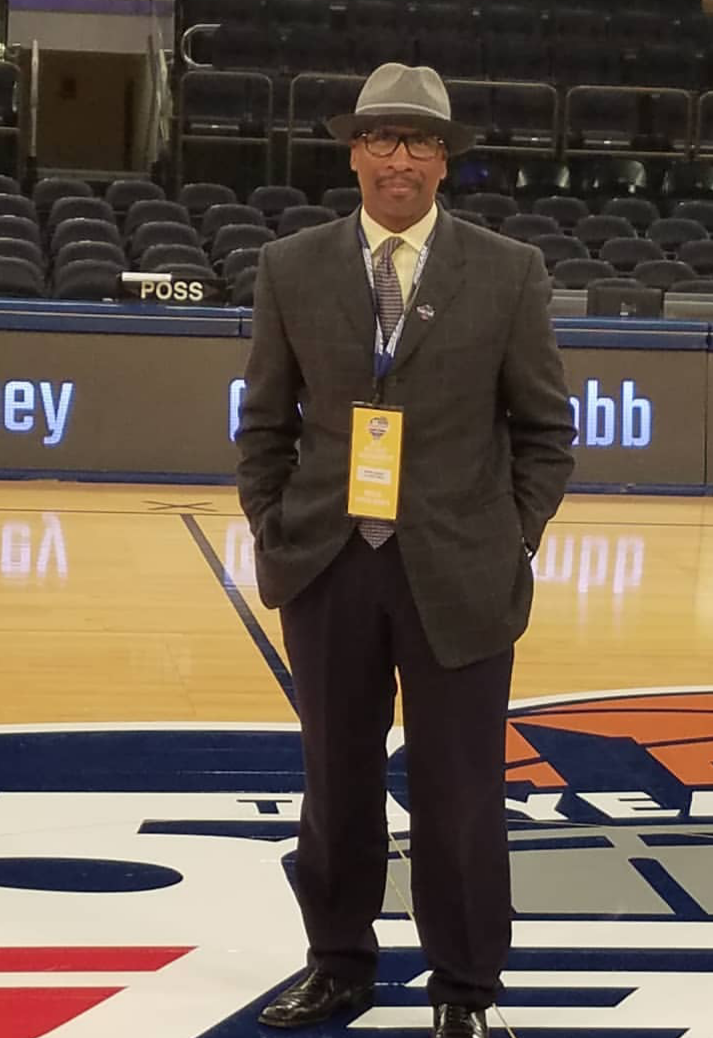 There is lack of respect for Black media publications who deserve to be treated with the same respect as their white counterparts. If you don’t agree, take a glimpse at the press box the next time you’re at an event and you will get your answer.

The MLB, NBA, WNBA, NFL, and NHL all have diversity programs instituted to alleviate some of these issues but the problem is each club interprets and implements policies and procedures as they see fit and some make their own guidelines; analytics.

Whenever a black publication speaks out about the injustices and discord in the media process they are labeled as the angry Black person. We are not angry but aggrieved of the double standards as it relates to the process and the lack of diversity in the media realm.

Malcolm X is quoted to have said “the media’s the most powerful entity on earth. They have the power to make the innocent guilty and to make the guilty innocent, and that’s power. Because they control the minds of the masses.”

Black publications must be vigilant about identifying these inequities and injustices when they occur due to the direct impact the media holds in shaping our perceptions.