Ledyard, CT–The aura at Foxwood’s Resort Casino Saturday night was beyond imaginable. Fans from the entire Tri-State region gathered at the world famous entertainment retreat to witness one of the greatest legends in Motown history.

Prior to his grand opener, a memoir display of the heavyweight’s illustrious career spanning over six decades of musical contributions, awards and accolades played for the elated audience before the lights dimmed and a thunderous roar echoed throughout the sold-out arena. 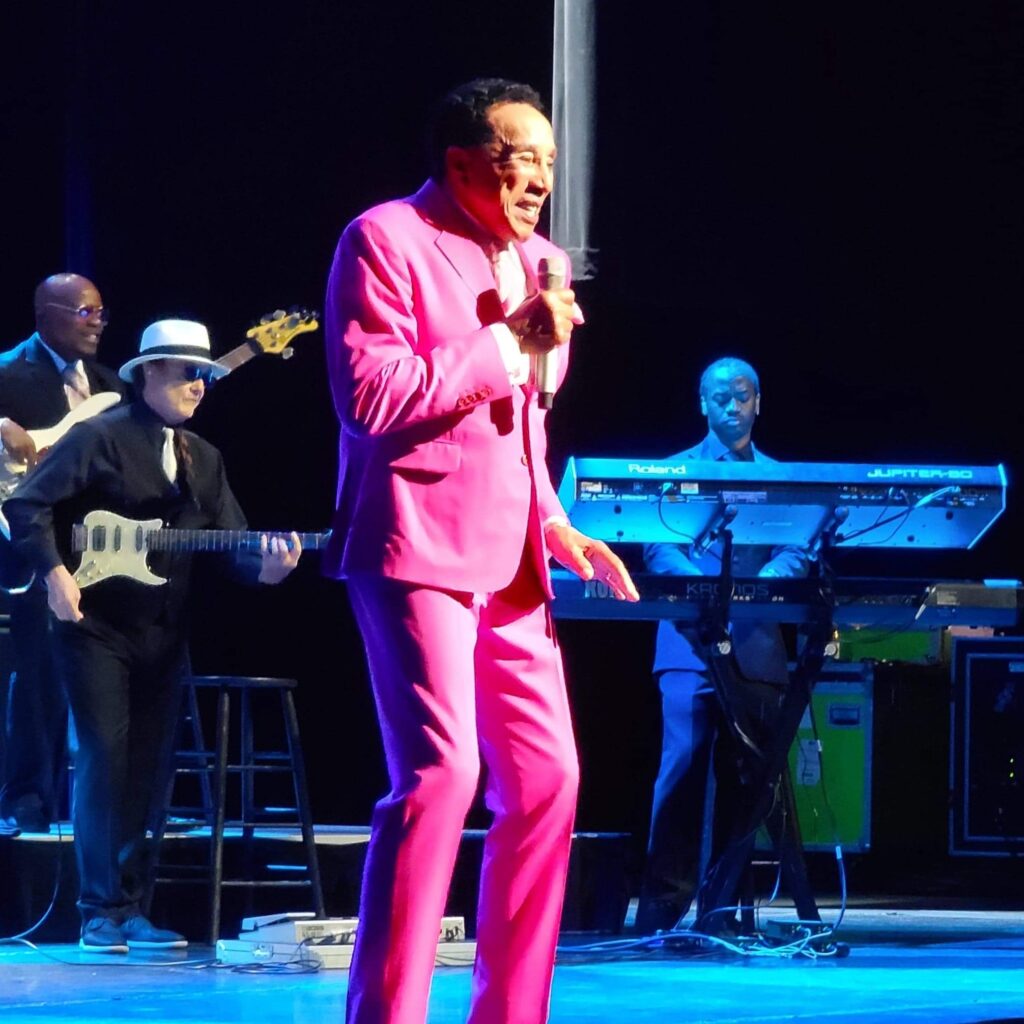 Appearing in a sophisticated pink suit, the golden green-eyed charmer graced center stage singing “Being With You” off his 1981 gold certified eleventh titled track album donning his bilingual swagger mesmerizing the whole theater in beautiful unison.

Rejoicing his beloved reception, the stunning luminary jumped into 1967’s million-selling hit “I Second That Emotion” and Grammy Hall of Fame 1962 top charter “You’ve Really Got A Hold On Me” being noted as one of the Rock and Roll Hall of Fame’s 500 songs that shaped Rock and Roll.

He then spun his love web on sensual ballad “Quiet Storm” off his 1975 third release and slayed 1965 Billboard top number four smash “Ooo Baby Baby” hitting those heart wrenching notes that still can be felt deep within ones soul.

Taking a brief intermission, the soft-spoken mogul cozily recited Motown history to his amorous listeners on fellow greats The Temptations and Stevie Wonder. Shortly after performing a joyous medley to 1966 silver certified track “Get Ready” and 1965 platinum single “My Girl”, both written by the iconic superstar, he playfully recalled an encounter with his typhlotic pal that lead to his 1967 multi-million dollar co-written track “The Tears Of A Clown” taking smitten fans down memory lane.

The seasoned inamorato shared sentiments from being raised in a music home to the evolution of recording giving a fun lesson on 45’s and 8 tracks before resuming his suave flow to “I love Your face” from his 1991 release Double Good Everything.

He slid into a jazz vibe on Sinatra’s “Fly Me To The Moon” followed by a sensuous bilingual mix to “The Look” a single from his upcoming Spanish album professing his love of the beautiful language before his tantalizing finale on “Just To See Her”, “The Tracks Of My Tears” and all-time fan favorite “Crusin'” captivating the crowd.

Smokey Robinson’s distinguished gift for music was something he acquired long before his Motown days as lead singer of The Miracles, it was an attribute he was born with and clearly to date continues to carry. At eighty-two years young, the magnificent singer, songwriter, producer is at the top of his prime and enjoying what he has been destined for. What an honor to have witnessed an eminent being of music history.

For more on Smokey Robinson including upcoming show dates and times visit: https://smokeyrobinson.com