Dell Music Center-The unique sounds of The Whispers filled the Dell Music Center on Thursday night as the group made a stop on their “Say Yes Tour”. The Whispers rose to the top of the R&B charts in 1969 with “The Time Has Come” and a year later were back with “Seems Like I Gotta Do Wrong.” Other later hits include “And the Beat Goes On,” “It’s a Love Thing,” “Lady” and “Rock Steady.” The group was inducted into the Vocal Group Hall of Fame in 2003 and into the Soul Music Hall of Fame in 2012.  Fans attending the concert got a treat with Karyn White, After 7, and Stephanie Mills.

The Whispers formed in 1963 in the South Central Los Angeles community of Watts, the group featured identical twin brothers, Walter and Wallace “Scotty” Scott along with Gordy Harmon, Marcus Hutson, and Nicholas Caldwell. Caldwell, Hutson and Scotty Scott were known as “The Eden Trio” before they asked Walter, who was in a separate group, to join them after singing together backstage at a showcase in the San Francisco Bay Area.

Lou Bedell of Dore Records is credited with renaming the group The Whispers, who recorded nine singles for the label between 1964-67. Walter Scott, who was drafted to serve in Vietnam, left the group for 18 months and made his return in 1969.  They released “The Time Will Come” for a small L.A- based label Soul Clock Records, and subsequently recorded their first Top 10 R&B hit, “Seems Like I Gotta Do Wrong,” in 1970 when the group switched to Janus Records.

The lineup recorded the band’s 1979 self-titled album – the group’s ninth – which proved to be their breakthrough to mainstream success. It features the No. 1 R&B single “And The Beat Goes On” as well as “A Song For Donny,” a tribute to American musician and vocalist Donny Hathaway, who died on January 1979. “A Song For Donny” reached No. 21 on the R&B charts and a third single, “Lady,” peaked at No. 3.

The Whispers, in true first-class form, played all of the hits for the crowded audience at the Dell. “The Beat Goes On”, “It’s A Love Thing”, “ Rock Steady”, “Lost And Turned Out”, “ Keep On Loving Me”, “Lady”, “Say Yes” along with the beloved crowd favorite “In The Mood” had fans swaying euphorically as with all former classic Whispers’ songs. The Whispers continue to tour with a full band that often includes regulars Emilio Conesa (guitar), John Valentino (saxophone), Dewayne Sweet (keyboards), Jamie Brewer (bass), Richard Aguan (drums), Magic Mendez (keyboards, bass, background vocals) and Harmony Blackwell (background vocals).

Stephanie Mills was the third act of the night and she didn’t disappoint the crowd at the Dell.  Mills, recognized for her critically acclaimed role as Dorothy in the African-American production The Wiz, a retelling of the Wizard of Oz on which her rendition of “Home” remains one of her biggest hits, along with the Reggie Lucas-written song “Never Knew Love Like This Before.” Mills electrified the crowd with her hits- “I Have Learned to Respect the Power of Love”, “I Feel Good All Over”, “(You’re Puttin’) A Rush on Me,” “Something in the Way (You Make Me Feel)” and “Home”. Mills won a Grammy Award for Best Female R&B Vocal Performance for her song “Never Knew Love Like This Before ” in 1981.

After 7 make a remarkably dynamic return with their essence of soul sound. Riding the wave of their new Billboard Adult R&B hit, “I Want You,” and reunited with esteemed Grammy-winning producer/songwriter Kenneth “Babyface” Edmonds and Daryl Simmons after a 20-year hiatus. After 7 took the stage behind the incomparable Karyn White in the second performance of this grown and sexy affair.

Founded in Indiana by brothers Kevon and Melvin Edmonds along with friend Keith Mitchell, After 7 began as a trio intent on refining their live show at local venues. Some years following the group’s inception, Kevon and Melvin’s younger brother, Kenneth “Babyface” Edmonds, began to take the R&B charts by storm with his unique and musical prowess. As one half of a songwriting/ production duo, L.A. & Babyface, the younger Edmonds brother, racked up a ton of hits with new and established artists such as Karyn White, Paula Abdul, and Bobby Brown.
After 7 had the crowd on their feet with “Ready or Not”, “Baby I’m For Real”, “Betcha By Golly Wow”, “ I Like It Like That”, and “ Loving You All My Life”. With the new album release, “Timeless” hits have repatriated the group back into the spotlight of the R&B musical landscape, which has been yearning for refreshment.

Karyn White opened the show at the Dell Music Center with a bang. She possesses one of the most memorable, distinctive voices ever heard in popular music. She’s an accomplished singer/songwriter who etched herself into music history with her smash hit song, the female anthem, “Superwoman”. That song made international waves, selling over a million units, being certified Gold and named the Billboard R&B Song of the Year in 1989. Karyn in her grandiose style sung several fan favorites “Superwoman”, “Secret Rendezvous”, “The Way You Love Me” and “Hooked On Me”.

She TRULY IS a Superwoman. White has no intentions of slowing down anytime soon. Her upcoming plans include appearing in a BET Sitcom “Beauty and the Baller;” Created & Produced by Emmy Award-Winning Writer Michael Ajakawe Jr. while also debuting in Lionsgate feature film “American Bad Boy” starring Kat Williams. Mrs. Karyn White is further gearing up for tour dates in South Africa, UK & Japan. 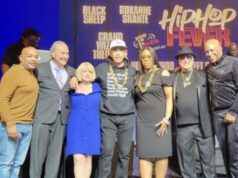 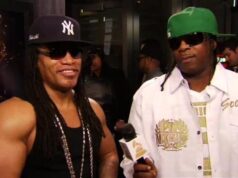