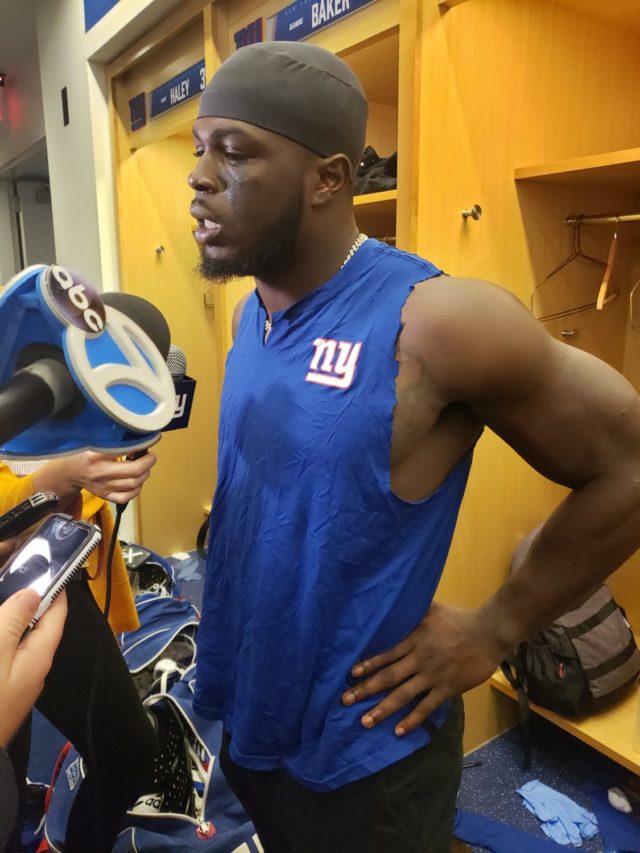 EAST RUTHERFORD, N.J. –Minnesota came into New Jersey with a game against the Giants introducing the run, killed them with the intermediate pass game, and it worked.

“We played well from the jump,” said Cousins, who was 22 of 27 for a season-high 306 yards. “I thought it was a very balanced attack today through the passing game and the run game. The screen game added variety to the offense. I thought Dalvin showed why he’s such a special player.”

The Vikings knew if they wanted to beat the Giants they had to mix it up and it couldn’t be one dimensional like their last outing against the Chicago Bears.

Minnesota gained 490 yards on offense, including 211 rushing, and took a knee inside the New York 5-yard line to end the game. The Vikings, for the most part, had their way against the poor tackling Giants.

“It’s been a long week, there’s been a lot of trying to separate us and I think that just brought us more close as a group. I’m just proud of the guys with the way they fought back, blocked that outer noise and came in here and played in a hostile environment.” Viking Dalvin Cook remarked after the game.

Cousins threw touchdown passes of 15 and 9 yards to Thielen, who was very vocal about the offense after a two-catch, 6-yard game against the Bears. He finished the game with seven catches for 130 yards. Cousins and Thielen looked like they were just playing a game of catch, making it look easy at MetLife.

Thielen’s 15-yard, second-quarter touchdown pass capped a 98-yard drive and gave the Vikings a 10-0 lead. The next touchdown by Thielen ended a 67-yard drive after New York got to 18-10 in the third quarter making it a match-up.

Minnesota needed to thank their lucky stars for having Dan Bailey on the roster. Bailey hit field goals of 31, 48, 32 and 45 yards for the men of Purple. The Vikings scored on four of its six possessions in the first half and were never in danger of squandering the lead.

Giants’ Jones finished the game 21 of 38 for 182 yards and an interception. He threw a 35-yard touchdown pass in the second quarter to fellow rookie Darius Slayton, getting New York to 10-7, which erupted the crowd.

Vikings’ defense stuffed all running and cutback lanes of the Giants. For NY to have a chance Jones needed to be razor-sharp, he missed two throws to a wide-open Sterling Shepard that could have been scored. The ball went off Shepard’s fingertips and wasn’t able to corral it in.

Bailey added two field goals after Jones’ TD pass and Barr got his safety, putting the Vikes lead to 18-7.

Giants’ kicker Aldrick Rosas got the Giants to 18-10 with a 32-yard field goal that capped a 15-play drive that opened the second half, but Cousins and Thielen connected one more time as the Vikings celebrated on the field.