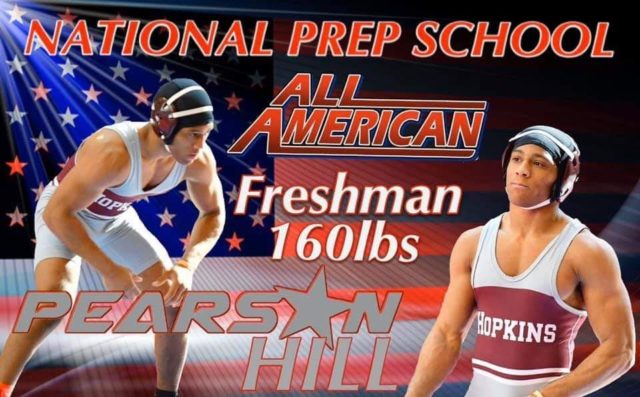 New York, NY–Pearson Hill is slowly becoming one of the top prospects in the country irregardless of the sport he participates in. Hill is just a different type of athlete and competitor.

On film #16 impresses you right off the bat with his ability to make plays in the open field. Quick to the point of attack, Hill is very physical, runs well, and shows the ability to wind up playing RB, SB, or SS on the next level. I love him on both sides of the ball, Hill never takes plays off, shows great instincts, anticipation, and range. Also, Pearson is quick as a cat, he’s a patient runner who waits for his blocks, he can spin on a dime, accelerates well, and shows surprising leg strength.

4.0 Sports Reporter Marvin Chambers had this to say about Hill: I have seen Hill a few times on the football field and I was very impressed with his vision, agility, and his ability to cut on a dime with power. The one thing that impresses me with Hill there isn’t a stage that gets too big for him. Pearson goes out and just dominate from start to finish. What’s truly amazing about this kid, he prepares equally hard for the other sports that he competes in (Wrestling & Rugby).

1st Team All-League. Led the team in TD’s, Rushing Yards, All-Purpose Yards and Interceptions as a Freshman. Hill has led his Hopkins Football team to a championship in over a decade. Lost 13-12 in the finals to Long Island Lutheran.

Hill is an imposing broad-shouldered, thick shouldered, thick-trunked frame well-suited to bulldozing through defenders between the tackles. Hill attacks his academics as vicious as he runs over his opponents. Pearson continuously is moving up on all the recruiting message boards. Stay tuned!