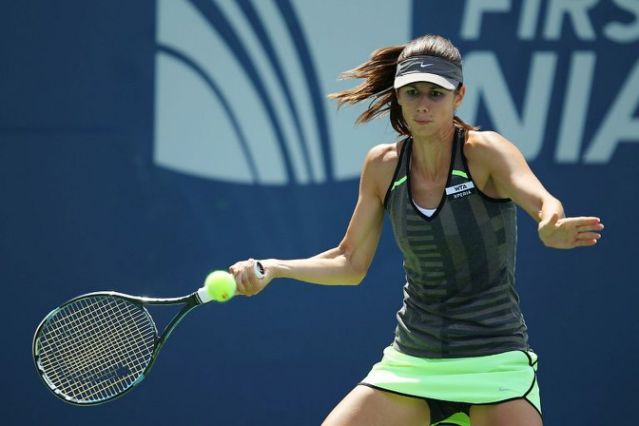 Arthur Ashe Stadium–Tsvetana Pironkova return to tennis this year after taking three-years off because the birth of her son, she was able to beat two-time Grand Slam singles winner Muguruza 7-5, 6-3 in just an 1  hr 25min. After her match against Garbine Muguruza, she was asked about the challenges and joys of raising a young child while also competing at the highest level in tennis?

“It’s definitely not easy. I mean, it is just my first tournament back. Obviously, there is a lot of challenges, but they are priorities in the first place. That would always be my son and my family and their health and happiness. Pironkova. “But, you know, if you make a good schedule, if you really have the right motivation, I guess you can combine the two things, motherhood and being a professional tennis player. It makes a lot of work, but everything takes work, so”

Pironkova, who is currently not ranked due her three-year absence from the tennis circuit, will face Croatian 18th seed Donna Vekic in the third round on Saturday.

Before making her return to the US Open, Pironkova last played a Grand Slam or any other tournament event since her appearance at Wimbledon in 2017, where she fell in the second round of the tournament Muguruza.

Pironkova victory on Thursday marks the second time she has reached the third round of US Open in 12 appearances dating back to 2005.

In the 2020, she reached the semi-finals at Wimbledon and it marked Pironkova’s best performance in a Grand Slam to date in her career.