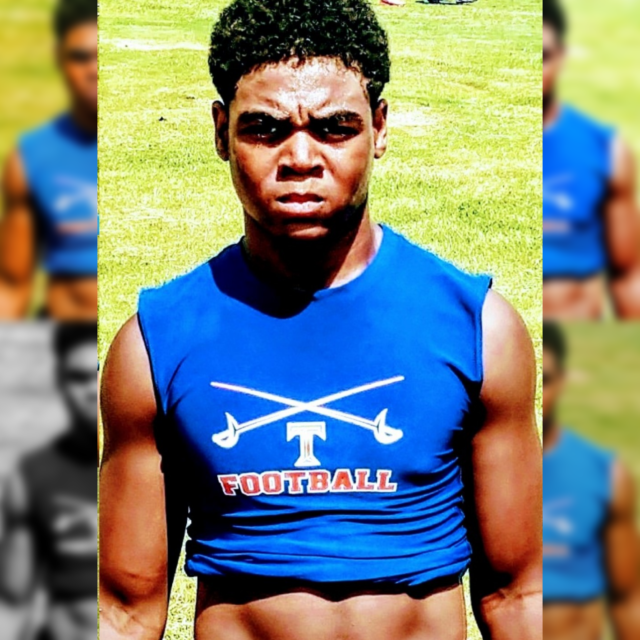 Irwinville, Georgia—Forget about his lack of size, all you need to do is watch a little bit of film to know that Chris Martin has what it takes to become a standout at the next level.

The 6’ft 155lb Irwinville, Georgia resident quarterback with New York roots is turning heads all through the state of Georgia.

We have watched Martin develop and mature into his game for a few years through camps and All-American games.

On film #12 shows great arm strength and maturity beyond his years. A passer first and runner second, Martin shows very good accuracy and can scramble out of trouble. Chris who we like to call the “Show” can fit into a pro-style or spread offense. A tough kid who can take a hit and keep his feet while focusing his eyes down the field. Martin can throw the ball quickly and always seems to be in control of the game. Recruiters are very impressed with Martin’s high football IQ and his superior athletic ability.

This is what 4.0 Sports Columnist Marvin Chambers had to say about Martin: “When I first talked to his dad initially about his son he stressed the academic part of the process which most people forget about. I have been following this kid since the age of nine. But what impressed me about Chris is that he has mastered the mental part of the game. Over the years Martin has been a difference-maker on and off the field. When the game is on the line you definitely want the ball in his hands. Just a very special player and a humble kid.”

When talking to Martin he expressed how much he loves to compete and his game is much different from other quarterbacks because he puts in a lot of work in the mental phase of the game. He understands to be a successful quarterback on the next level you have to be able to play faster and be able to process information quickly on the field. He patents his game after Cam Newton with a splash of Tom Brady.

Although Martin is a special athlete on the field he is also very impressive as a student-athlete. He has a 3.9 GPA at Fitzgerald High School and also is credited with a patent to his name. The “Show” will be attending Turner High this school year and has big plans for his future and football career.

Martin is starting to get noticed because of his hard work and dedication over the years and could be a national recruit by the end of the season.

2020 ITGNext Male Athlete of the Year