Lake Buena Vista, Fla. — Even without superstars Kevin Durant and Kyrie Irving out for the season due to injuries, Brooklyn seemed like they would make some noise during the playoffs.

On Sunday the Nets couldn’t buy a bucket in the second half. The difference of the game was the strong performance of the bench play for Toronto to put away Brooklyn.

The Raptor’s bench poured in 100 points and made it look easy, the most in any game since official starters began recording stats in 1970-71, according to Elias.

“I think we just have confidence in each and every one of us that step on the floor and we work on offense,” Powell said. “I don’t think it really matters who’s in the game.”

Toronto six-time NBA All-Star Kyle Lowry injured his foot in the first quarter of the game. The Raptors will wait for results from an MRI scan to access the damage but they are hopeful he will be good to go for their opening series with the Celtics on Thursday.

Caris LeVert had 26 points in the half, keeping Brooklyn in striking distance. The Nets cut the 17 point deficit to 77-68 going into the break. 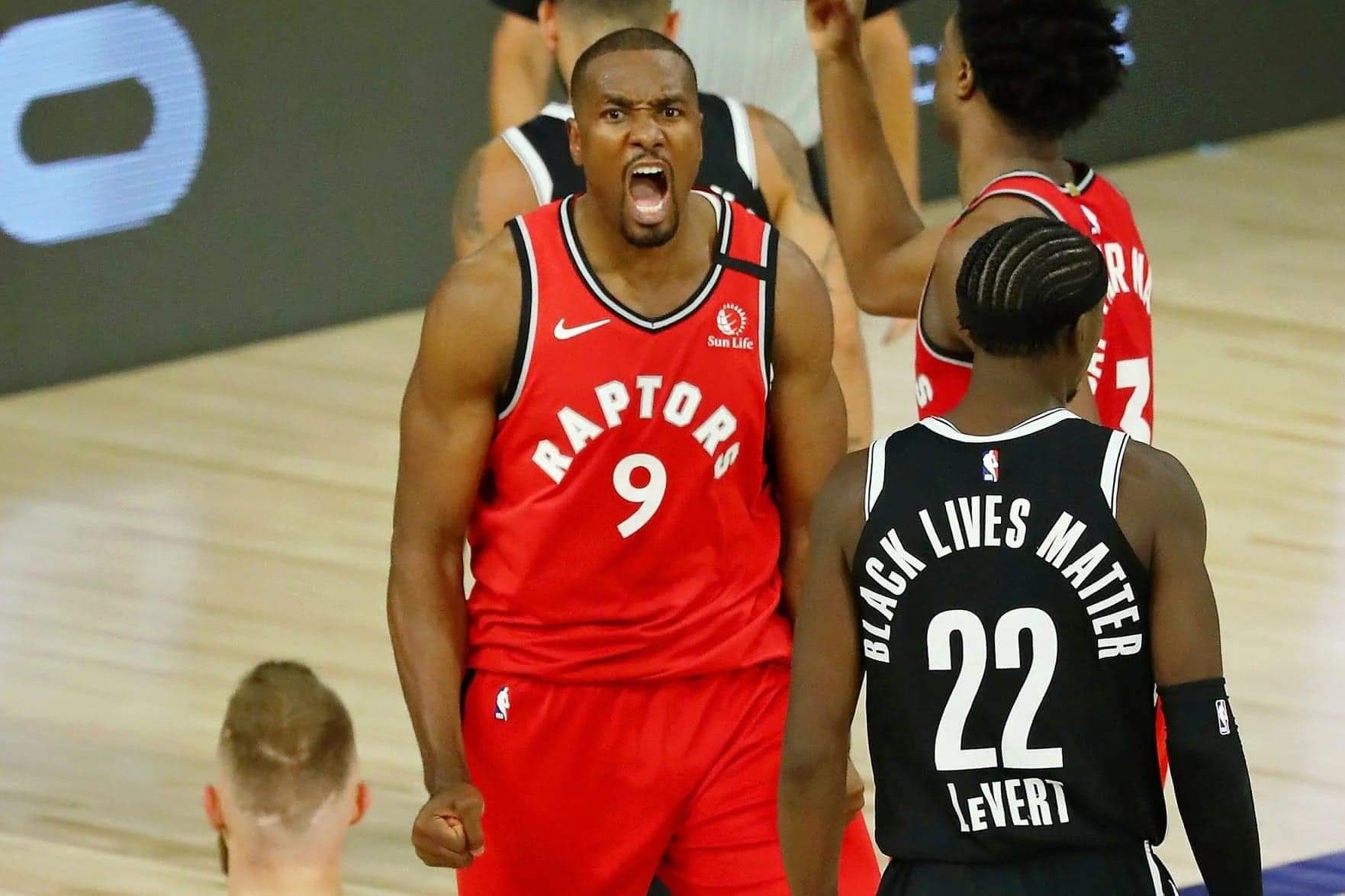 “We had an extreme resilience as a group, a competitive nature about us as a group and a sacrifice as a group for the men who came,” Brooklyn coach Jacque Vaughn said, “and extremely grateful for this group and the time we spent together.”

Toronto began to push the tempo near the end of the first quarter and then dominated down low in the second, getting buckets easily against the undersized Brooklyn team.

All world Pascal Siakam scored 20 points and dissed out 10 assists for the Raptors. Their record is now 11-1 in the bubble sending a clear message that they’re not the team to be reckoned with.

“I thought we were aggressive,” Toronto coach Nick Nurse said. “We were certainly in attack mode.”

Levert scored 35 points for the Nets, who came into the restart without many of its top players but went 5-3 in the seeding games to earn the No. 7 seed in the playoffs.

Toronto set the tone early in the series, just flat outplaying Brooklyn in three games and used a rally in the fourth quarter to win Game 2, the only one the Nets had a chance to steal.

After the break, the Raptors came out smoking hot from the floor. Powell hit a huge 3-pointer to spark a 12-0 run that increased the lead to 94-70, and Ibaka hit consecutive 3’s late in the third quarter to stretch the lead by 27 points. Terence Davis hit a three-pointer from outside the bubble at the buzzer to make it 116-87.

Despite being without Lowry, Toronto slid past Brooklyn. Norm Powell and Serge Ibaka really stepped up in the clutch for the Raptors.

“I won’t be very comfortable without Kyle out there – he’s a big engine for us. But I would say that we play a system or a style where lots of guys are involved.” Nurse told the media.