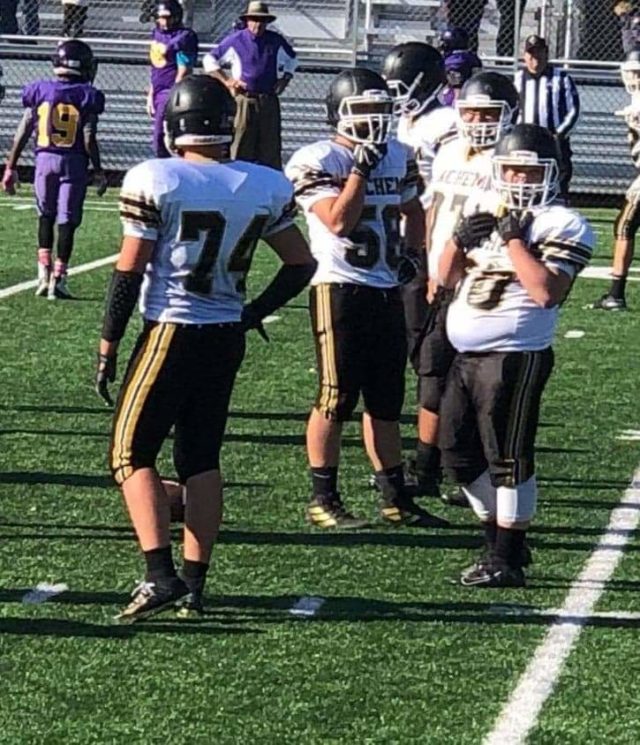 Thompson is relative unknown because he isn’t your 6’3 typical lineman but has gotten college scouts looking and inquiring about him during some of his camp outings, they got a good look at his all-around blocking skills and the physicality his exhibits with every snap of the ball.

On film-Ryan could wind up playing either guard, tackle, or center, he’s that versatile. He shows great athleticism, excellent strength, and can effectively play any position along the offensive line. Scouts were very impressed with Thompson’s stick-to-itiveness and his hustle. He is quick off the ball, he sets up quickly for pass protection utilizing his quick feet to keep defenders at bay. Ryan rarely loses a defender when they are coming off the edge.

This is what 4.0 Sports Columnist Marvin Chambers had this to say about Thompson: “I had been watching him since he was in the 7th grade and I was very impressed with this young kid, he always wanted to go against bigger and better competition. He wouldn’t go against any kids his age or smaller than he was. Every camp that the IV Star Showcase had, he was always one of the top linemen. But it all starts at home, his mother keeps him grounded and quite frankly you couldn’t ask for any better person to know. I’m just blessed to have her trust us with her son. Thompson is not the biggest kid but he comes with something that you can measure and that is heart. He is ready and prepared for his junior season at Sachem.”

This season is going to be a pivotal year for Thompson and when #60 steps on the field trust and believe me he will be turning a lot of heads.